Turbo, a one-month-old Chihuahua, has a long road ahead. He was surrendered to the Downtown Veterinarian in Indianapolis after the litter of puppies he was born with did not let him near food after he was weaned from his mother. Turbo’s front legs also did not develop, putting him at a disadvantage.

The couple that surrendered Turbo had checked in with several other veterinary clinics, but no one offered assistance. But the staff at Downtown Veterinarian agreed to take Turbo in and give him the life he deserves.

According to a report from TheIndyChannel, Practice Manager Amy didn’t even consider euthanization. "A small dog can do well with a cart. So, unless he had another medical condition, there was no way we were putting him to sleep," she told reporters.

Turbo cannot be fit for a regular-sized cart until he is six months old, but the staff at the practice got creative and used parts from a Fisher Price helicopter on wheels to fashion a makeshift cart for the one-pound pup. A ferret harness and pipes from a toy welding kit finished off Turbo’s set of wheels.

The staff does physical therapy with Turbo on a daily basis to increase the strength in his back legs. And while the dog mostly turns in circles when he is using his cart, Turbo is getting better at walking and moving with the apparatus every day.

Turbo will soon be looking for a forever home, and the clinic says that several people have expressed interest in adopting this resilient dog, despite the fact that they will need to fit him with a new, non-toy cart down the road.

We love this little guy and hope he finds an amazing family that will give him the chance at an amazing, fulfilling life. 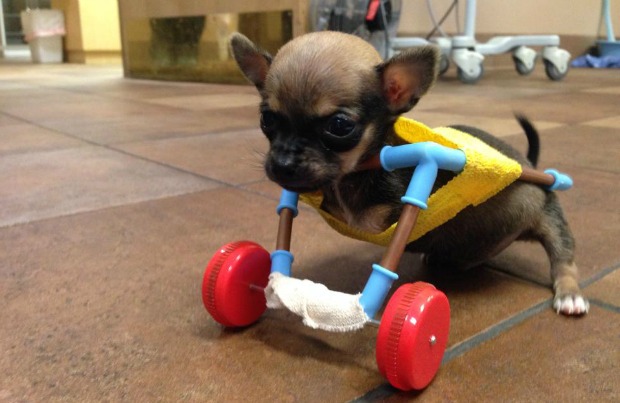 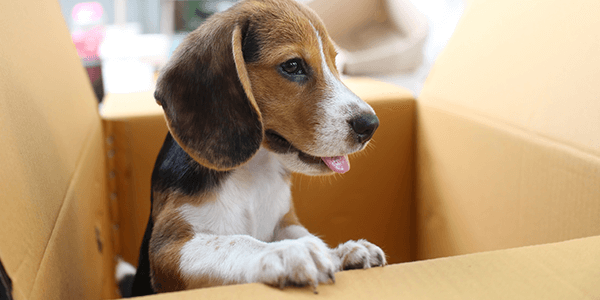 Free Shipping
On All Orders 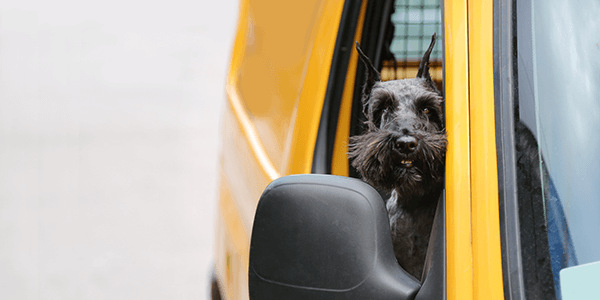